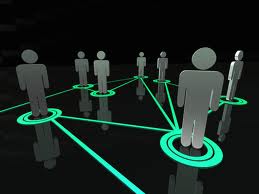 The social-technical dynamics of ICT-based networks constitute organisation in ways substantively different from networked organisations (unions, state, firms, universities). My interest in this paper is to say a few things about the process of scalar transformation and transdisciplinarity as they relate to the invention of new institutional forms. Having established these background conditions, processes and practices, I will then move on to the topic of autonomous education.

Institutions function to organise social relations. It follows, then, that the social-technical dynamics peculiar to a range of digital media technologies (mailing lists, collaborative blogs, wikis, content management systems) institute new modes of networked sociality. It is easy to dismiss this process of emergent institutionalisation. Many would assert that it simply results in a bureaucratisation and rigidity of social-technical communication systems whose default setting is one of flows, decentralisation, horizontality, etc. I would suggest such knee-jerk, technically incorrect responses risk a disengagement from the political and thus from politics. There is a passivity that attends this kind of position. Moreover, it is a position that fails the politics of reappropriating the psychic, social and semiotic territory of institutions. The process of instituting networks involves a movement toward the strategic rather than tactical dimension of net politics. Another reason to turn towards the strategic dimension has to do with the short-termism that accompanies many tactical projects. The logic of the tactic is one of situated intervention. And then it disappears. There are of course some notable exceptions – Indymedia, Makrolab and the Yes Men come to mind as quite long-term experiments in networks and tactical media; yet these exceptions are not, I would suggest, instances of transdisciplinarity.

This is not to dispense with tactics since tactics are the source of renewal. Interestingly enough, tactics parallel the logic of capital. We see this operation historically time and again. Just consider core-periphery relations and the ways in which capital has to incorporate or appropriate the margins in order to replenish and reproduce itself. Such movements are similar to what Brian Holmes spoke of as the cooptation of the productive efforts of the artist, cultural critic, designer.[3] It’s therefore important to remember that autonomists are not somehow located outside the state but rather operating as disruptive potentiality whose difference is defined by relations of negation, refusal, exodus, subtraction, etc. Certainly there are important qualitative differences in the relation individuals and peoples have with the state. Think, for instance, of the experience of migrants and so-called illegal movement of peoples across territories, or the precarious worker. Precarity, let’s remember, is an experience that traverses a range of class scales, and may even be considered as a post-Fordist technique of border control that distinguishes ‘self-managed exploitation … from those who must be exploited (or worse) by direct coercion’.[4]

So while the organised network has a relative institutional autonomy, by necessity it must engage other institutional partners who may often be opposed to the interests of networks. Organised networks share something with NGOs, CSOs and even think-tanks. Yet there is a radical dissimilarity and qualitative difference between organised networks and these other institutional forms. Take NGOs and CSOs, for example, and the techniques of governance adopted throughout the WSIS process. Within any partnership there is of course a compromise. In order to obtain the necessary discursive legitimacy required to participate within the institutional settings of WSIS, NGOs and CSOs had to engage a model of organisation that was antithetical to the self-organising logic of networks. NGOs and CSOs were thus required to adopt the representational form known throughout WSIS as “multistakeholderism” – the primary model of governance for managing, if not realising, relations between business, government and civil society. Multistakeholderism is predicated on representative models of liberal democracy, and such abstraction always refers to itself and thus frequently conflicts with the grass-roots networks that characterise the constituent dimension of NGOs and CSOs. Representation does not correspond with the logic of networks, which are better understood as non-representational forms of politics.

In saying this I do not wish to valorise the horizontality of networks. The tendency of networks to be described in terms of horizontality results in an occlusion of “the political”, which consists of antagonisms that underpin sociality. As I have discussed on other occasions, it is technically and socially incorrect to assume that hierarchical and centralising architectures and practices are absent from net cultures. At the technical level, one only has to look at the debates surrounding the information society and internet governance: hierarchical and political-economic aspects of assigning domain names, location of root servers, politics of IPRs, uneven geography of information flows, determination of standards, effects of trade agreements on content production and distribution, etc. The hierarchical dimension to networked sociality is easy to account for: just consider the cohort of alpha males scheming in the back rooms of so many organisational forms. Even in the case of wikis, which on the surface appear to be exemplary non-representational forms insofar as labour on content production is anonymous, again we need only to venture through the backdoor to see the ringleaders at work. Of course the technical and social aspects of ICT networks are not mutually exclusive, but rather interpenetrate one another in a plethora of ways. A challenge for organised networks is thus to address the software problem and the social problem.

The collaborative interest of organised networks is to consider what the scalar transformation of organised networks entails vis-à-vis the aggregation of educational resources distributed within and across networks. Networks have been fantastic at developing educational resources such as documentation of open source software, university course materials, health-care information, tips on political organisation, etc. Obviously there’s a lot to learn from NGOs and the revival of union organising as seen in the Justice for Janitors movement. Certainly my position is not to dismiss these institutional forms outright. A focus on educational resources strikes me as a matter of tactics that feed strategic interests. Without the tactical, organised networks collapse into stasis. Here it is necessary to recognise the situation of informational politics. Paradoxically, perhaps, neoliberalism – with its logic of outsourcing, privatisation and dissembling institutional frameworks – conditions the possibility of organised networks. Just as NGOs and CSOs have filled the void created by the neoliberal state’s evacuation from the social, so too must organised networks seize upon the institutional persona of the “external provider”.

What I am suggesting, then, is for networks to intervene in the market of higher education. The university is a vulnerable institution actually. It is quite uncertain, and indeed could be characterised as a place of precarity. As many have experienced, the labour force of universities is predominantly composed of casual workers whose seasonal pattern of employment resembles that of the strawberry picker. Unions typically fail to represent the interests of casual workers, since their interest is to protect the security of those with tenured positions.

As far as I can determine, an intervention into education market is one of the few ways in which organised networks may obtain economic autonomy, which depends upon securing an economic base. Without this, organised networks have little chance of sustainability and little possibility of scalar transformation. There is a capacity for networks to mobilise their resources in transversal ways in the form of master classes, summer schools, and training programs that operate both internally to and externally from universities. Universities are undergoing a process of losing their expertise, their ability to bring in new knowledge and to transform the disciplines, which have become incredibly rigid and dull. Universities can be characterised by their deficiency of thought. They don’t know how to move themselves in ways that incorporate what Bateson called ‘the difference that makes a difference’. The strange thing is that neoliberalism makes possible the difference that makes a difference. This is the perversity of neoliberalism. The structural logic of neoliberalism makes possible openings, and openings invite interventions that begin to enable the financing of autonomous, precarious, experimental research and teaching that shows no sign of being catered for in current OECD, government and university policy directives.

My proposal can be easily criticised for appropriating the outside – the experimental elements that so often energise networks on the frontline of invention – and closing it down again. This is the classic critique of appropriation. We see this most obviously in the fashion industries. Remember punk? If you wanted, you could pay 200 bucks for a pair of jeans with a rip in them. Hilariously, there was no shortage of idiots who went out and purchased their damaged goods. The same can be said about knowledge. What functions against the closure of minds and resources is the fact that educational business projects undertaken by a network of networks is predicated on principles of open source software, society and culture. Obviously there will be fights over how best to redistribute funds within and across networks. But that’s a matter that can be sorted out. Having said this, a problem remains. There is only so much free labour that can be done within the networks. Certainly it helps networks to have a parasitical relation with networked organisations (universities, for example). But eventually free labour exhausts itself.

My ideas on transdisciplinarity are indebted to exchanges with Soenke Zehle, among others. Thanks to Akseli Virtanen and the Helsinki School of Economics for the opportunity to get to Helsinki.

This paper is derived from a talk at the Finnish Social Forum, Helsinki, 1-2 April, 2006 in the ‘Autonomous Research’ seminar http://www.prodemokratia.net/suomensosiaalifoorumi/.  A video of the presentation can be found at: http://www.m2hz.net/uusityo/index.php?title=Ned_Rossiter_1_4

[3] Video recordings of talks by Carlos Fernández, Brian Holmes, and Stevphen Shukaitis and the follow-up discussions can be found at: http://www.m2hz.net/uusityo/index.php?title=Kommunikaatio