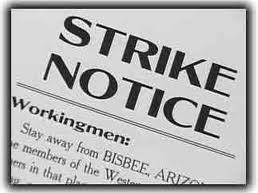 Within Spain, the organization of these camps is striking: they work like small kibbutzim where everybody shares what they have and where the decisions are adopted by consensual agreement. Their posters carry slogans as imaginative as those from May ‘68 in Paris: “Our dreams are too big for their polls”, “I think, therefore I disturb”, “No house, no job, no retirement, no fear”, “Take the street”, “Read more”, “I am not against the system, the system is against me”, “Your booty, my crack” (Botín, the family name of the owner of the Santander Bank, the biggest Spanish bank and one of the biggest all over the world, means ‘booty’ in Spanish). Reading the slogans, you will find few complaints lodged about particular political leaders as one might have expected. Instead, people are focused on the lack of participation in decision-making processes and market tyranny over the entire political class. These protesters are by no means apolitical: they like to refer to themselves as ‘superpolitical’. – Pedro Moreno
Show original

When people agree on what they don’t want, i.e. a market dictatorship in the hands of a financial predatory class, but are open-minded about the future, what should they ask for?

The answer is very simply: true democracy, as this leaves all options open to create ‘other worlds’.

This is why the relative indeterminacy of the Spanish movement is not a bug, but a feature. It signals civil society forces have found a format for their protests, and a unifying platform, and this is why what happened in Spain is really Ground Zero for the start of a process towards deep transformation of our civilisation and political economy. It’s early days, just green shoots, and the new generations have to be politically schooled as they face obstacles and repression, but, the tipping point has been reached, and something new has blossomed in the world.

See also this Anonymous Call for a Global P2P Revolution, to be organized on 11.11.11.

Here some further analysis from various sources. Don’t miss the video interview of Democracy Now at the bottom of this article.

“Spain is finally re-embracing its radical past, its popular movements, its anarcho-syndicalist traditions and its republican dreams. Crushed by Generalissimo Francisco Franco seventy years ago, it seemed that Spanish popular culture would never recover from the void left by a rightwing dictatorship, which exterminated anyone with a dissenting voice; but the 15th of May 2011, is the reminder to those in power that Spanish direct democracy is still alive and has finally awaken.

In the 1970’s a transition through pact, transformed Spain’s totalitarian structures into a representative democracy in which all the economic structures remained intact. For the highly illiterate generations of the time, marred in the reality of a poverty-stricken country, the concessions made by the country’s elite seemed something worth celebrating. Nevertheless, as the decades passed, the state-owned corporations were privatized robbing the nation of its collective wealth, and the political scene crystallized into a pseudo-democracy in which two large parties PP and PSOE marginalized truly democratic alternatives. As this neoliberal political project materialized, the discontent begun to resurface, but the fear mongers, Spain’s baby-boomers who had once fought for democracy, were quick to remind the youth of the dangers of rebellion. For many decades in Spain, the mantra was, ‘it is better to live as we are than to go back to the totalitarianism of the past, and if you shake the system too much, it will take away our hard-earned rights’. So the youth remained silent, fearful of what could happen if they spoke, and the baby-boomers in their content blamed the youth for their indifference. According to them, it was the youth unwilling to work, which were bringing the country to its knees. But the youth have stopped this blame game, and aware of the true risks to their future are finally enticing the whole country to mobilize.

A failed European project, with its borders quickly being reinstated, a collapsing Euro currency, and the examples of Greece, Portugal and Ireland are the reminders to those on the streets of what it is they are fighting to disassociate themselves from, and of the freedoms they are working towards. The economic and political project of the country’s elite has destroyed the economic dreams of whole generations of naïve and apathetic Spaniards; it has left the country in the hands of bond speculators and central bankers, and Spaniards will have to pay that price. Nevertheless, the debt accumulated by the Spanish family, has also earned it the education with which it can understand what is going on, and through it Spanish people will liberate themselves from the tyranny of their government.

What has begun in Madrid’s Puerta del Sol and has been echoed in fifty-two cities across the country is the crystallization of a popular movement for freedom, which has no intention of fading away. The people have no choice, either they take city squares as symbols of their struggle, or their message is never heard. The government knows this and that is why it has quickly responded by trying to disperse the crowds with its repressive police force, but following some arrests, the people are back with more strength.

A silent revolution has begun in Spain, a nonviolent revolution which seeks democracy through democratic means, justice through just means, and peace through peaceful means has finally captivated the imagination of the Spanish people, and now there is no turning back. The challenge ahead will be in keeping the collective spirit nonviolent as the police force does everything in its power to disintegrate the movement into a violent chaos that can justify its repression. The popular movement will also have to be alert as the bond speculators threaten the country with economic sanctions in order to scare the population into submission, and a constructive program will have to be articulated so that the movement can continue to function whilst providing sustainable alternatives for a different Spain.

Hopefully an articulate steering committee will flourish soon from amongst the crowds, which is capable of making clear and viable demands that grab the imagination of the country and force the political elite to comply. These are delicate times in Spain, if this spontaneous nonviolent movement succeeds, Spain may welcome a brighter future, if it fails, I fear violence will become the only option for those in pain. What those outside of the country can do for Spain is to echo the shouts of indignation coming from the country’s streets. So far both mainstream and progressive international media channels have opted for silence. Let us hope this silence breaks. “

Pedro Silverio Moreno focuses on how the movement was rooted in campaigns against internet repression:

“On February 15, PSOE, PP and CiU all agreed to pass a law on the use of the internet which went against the interests of the majority of the people, initially nobody said boo. Once the law was passed however, the social networks began to buzz. An account published in the Wikileaks papers of how this law was passed, told of the US Embassy working with the Spanish Culture Minister during the previous month to seal the deal. One controversial aspect of the new law in particular came to light, allowing any website to be shut down without any room for judicial supervision if an anonymous complaint claimed that it had no right to the information posted on its pages. On twitter, there emerged the most significant response – #nolesvotes (do not vote for them) – bearing a message for those about to vote in the local elections on May 22, ‘Do not vote for any of these three main parties.’ According to the results of the local and regional polls conducted this Sunday, these parties have lost 5.81 % points. Together they now command under 69 % of the votes. What has made the difference is the ‘SpanishRevolution’.

In the beginning, nobody, not the traditional media, nor the big parties thought that it was a significant event. On May 15, a demonstration was called for in the main Spanish cities under the slogan “Real democracy now!” By Sunday evening, the main Spanish squares were full of people shouting and calling for more democratic participation and more transparency in political decisions. Since then, they have occupied Puerta del Sol, the central square in Madrid, and a dangerous, democratic virus has begun to sweep through the rest of the country. By the following week-end, messages are coming in of hundreds of camps springing up much further afield.

Within Spain, the organization of these camps is striking: they work like small kibbutzim where everybody shares what they have and where the decisions are adopted by consensual agreement. Their posters carry slogans as imaginative as those from May ‘68 in Paris: “Our dreams are too big for their polls”, “I think, therefore I disturb”, “No house, no job, no retirement, no fear”, “Take the street”, “Read more”, “I am not against the system, the system is against me”, “Your booty, my crack” (Botín, the family name of the owner of the Santander Bank, the biggest Spanish bank and one of the biggest all over the world, means ‘booty’ in Spanish). Reading the slogans, you will find few complaints lodged about particular political leaders as one might have expected. Instead, people are focused on the lack of participation in decision-making processes and market tyranny over the entire political class. These protesters are by no means apolitical: they like to refer to themselves as ‘superpolitical’. The call that went out to people voting on Sunday was against abstention, explaining the differences between blank votes and null votes. Fortunately, participation in the elections has risen: an estimated 65 percent of the nation’s 34 million eligible voters cast their votes in Sunday’s polls.

From their first moments, life in these camps, in Madrid and everywhere else, has proved to be totally resistant to violence. In the run-up to Spain’s local elections every candidate was suddenly scared of this movement: the socialists, because they knew that most of the people settled in the camps are socialist voters who are disillusioned with them; the conservatives, because they remember the demo before the March 11 attacks in front of their headquarters when they lost power. Spain’s Electoral Central Board tried to rule that the gathering should not continue into this weekend, arguing that the protest could unduly influence the voters. But the deadline has come and gone. Government said that if there was no incident, the police must let the people stay in the squares. The camps celebrated the decision, and now they have decided to stay for another week at least. “

Watch this video from Democracy Now, which includes interviews with organizers of the M15 movement: