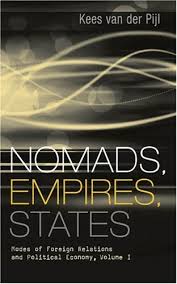 Many streams within Western Marxism treat the totality of modern societies as if they are mere products of capitalism, and often consider relations among those societies within the context of the already-established capitalist world system. Neither so-called classical Marxists nor world system theorists have, so far, developed a perspective that overcomes this problem. Classical Marxist accounts especially tend to see world societies as a totality of ‘modes of production relations’, which are historically differentiated from each other because of the law(or tendency) of ‘uneven and combined development’ (Bond, 1999). Recently, on the other hand, significant efforts have been made to re-formulate Trotsky’s thesis on the uneven and combined nature of capitalist development in order to offer a better understanding of contemporary inter-national relations and inter-societal relations in general. While these modes of production relations-based efforts are currently in a developmental stage (see a recent discussions on how to overcome the limitations of modes of production relations-focused analysis; Callinicos and Rosenberg, 2008), the argument set forth by Kees van der Pijl in his latest book presents a challenging alternative.

It is the first volume of a larger project that introduces modes of foreign relations to the field of political economy. Through this project, Van der Pijl aims to re-formulate the field of ‘foreign relations’ by discarding the disciplinary boundaries imposed by IR/realist mainstream accounts. In re-studying his subject, he rejects the idea of a flow of history pre-determined by any meta-structure, which mainstream realist IR theorists usually think of as a world of dead structures (states) and relations between those dead structures (state-system). To this end, Van der Pijl starts to consider what he calls an ‘absolute humanist’ understanding of history and social change. Drawing on Gramsci, he stresses the central role of collective human/class action for any social change to be realized – be it at national, international, or global levels – of course, in a dialectical relation with the structural forces currently at work. At the same time, the book is a challenge to those theorists who adopt the key abstraction of ‘modes of production relations’, developed by Marx in Capital, to analyse almost every aspects of social/societal life. Claiming the possibility of substantially applying Marx’s method of abstraction to other dimensions of social relations, and actually applying it to one one of those aspects (relations between different communities/societies), Van der Pijl breaks not only with the realist understanding of mainstream international relations, but also with those classical Marxist accounts.

This break enables the author to re-think and re-analyse, in a radically different way, ‘alienated’ social relations between societies, including modern inter-national relations. Van der Pijl begins with community [inspired by Marx’s attempt to begin with population in Grundrisse (p.14)] instead of commodity [unlike Marx did in Capital] in substantially applying Marx’s practical method to foreign relations. He then builds on Marx’s and Engels’ own writings on inter-societal or foreign relations. According to Van der Pijl, Marx’s method is central to understanding inner community relations: “based on over-determination of productive forces we must analyse social relations within society” (p. vii). He also claims, however, that to look only at social relations in one society in order to analyse, i.e. class formation or rising state forms, misses other essential determinants at work – other societies. Foreign relations between alienated societies, according to Van der Pijl, thus need to be re-thought independently and re-historicized accordingly. This volume is an impressive first step for such challenging work.

Insights that have been collected and developed throughout at least three decades (Van der Pijl 1984, 1998 and 2006) bear fruit in this volume as ‘modes of foreign relations’. Modes of foreign relations, according to Van der Pijl, are historical structures that come about and are transformed in parallel to changes in “world historical structures”. They are, like modes of production relations, over-determined by productive forces. Starting from community, as a unit of socialization, and abstracting it to a higher level, Van der Pijl is able to identify three principle patterns for each foreign relations mode: occupation of space by societies, protection of occupied space, and exchange between separate societies. These patterns change in time, parallel to the changing world historical structures, giving rise to qualitatively different modes. The modes established in the book are: tribal mode, empire-nomad mode, sovereign equality mode and the global governance mode of foreign relations. Van der Pijl clarifies that earlier patterns may re-emerge within future modes, even though they are historically specific. For instance, it is possible to observe tribal patterns of occupation, protection, and exchange within the empires/nomad mode, especially between communities located in the imperial peripheries or in the ghettos of modern metropolitan cities. The same is true for empire/nomad patterns – they manifest again in the present foreign relations mode of global governance (p.24). Outlining his ontology, methodology, and analytical framework in the first chapter, the author dedicates the rest of the book to an historical narrative that sets the content of every mode and identifies each pattern that belongs to those modes. He also discusses, in detail, the re-emerging of previous patterns within future modes.

By uncovering those patterns of social relations between societies and formulating ‘modes of foreign relations’ in the way Marx formulated the ‘modes of production relations’, Van der Pijl implicitly suggests that these two analytical tools should be incorporated dialectically into one analysis when theorising state and class formation processes. This is an important proposition with important implications, particularly for Marxist theories. Marxists have traditionally seen relations between different capitalist societies through the lenses of the ‘uneven (and combined) development’ law/tendency thesis. As is well known, this thesis was originally developed by Marx and Engels, but was politically valorised by Trotsky in his formulation of permanent revolution (Bond, 1999). It has been rearticulated since the 1970s and remained influential through the work of Marxist thinkers like Harvey, Freeman, Smith, Lówy and so on. The original version of the thesis has a strong explanatory power regarding the systemic futures of those conditions in which modern societies find themselves at present. The recent work of Harvey (2006), Rosenberg (2006 and 2007) and Morton (2007), however, make significant attempts to re-formulate this Trotskyst analytical tool in order to understand and explain international and inter-societal relations through variants of a ‘mode of production’ focused analysis. It seems Van der Pijl does find this a reliable option, preferring to pose a sharp alternative. We can surmise that why the book does not include a critical engagement with the aforementioned theorists, and why Van der Pijl undertook his alternative project, has to do with his absolute humanism. He is critical of mode of production relations-focused analysis for neglecting human agency, the dominance of the economic dimension for its core arguments, its failure to take proper account of cultural and political aspects, its intention to see these aspects as merely superstructures of economic sub-structure, and its inevitable West-centrism. He doesn’t, however, make this critique explicit. It would have been extremely fruitful had the author done this. It would help us understand better why focusing on interactions between existing modes of production relations is insufficient for understanding and explaining different patterns of social relations between societies and thus theorising state and class formation accordingly.

The second significant question Van der Pijl’s project raises is whether we can follow this line of work for analysing, for example, ideational/ideological relations or power relations and thereby discern similar patternsand formulate modes for these relations. Although this question is answered positively by the author in a recent piece written in response to Alex Callinicos (Van der Pijl, 2007; Callinicos, 2007), the answer raises a new problem when rethinking state and class formation processes, at the point of incorporating all the new patterns and modes. In the book, when schematising his analytical formulation, Van der Pijl stresses that there is no direct link between modes of production relations and modes of foreign relations (p. 19). He suggests that both modes are over-determined by productive forces. For every level of development of productive forces, or every historical structure, we have changing modes of foreign and productive relations characterised by certain patterns. We need to understand state and class formation by considering these two different modes of social relations. Then the questions we need to address are how the analysis of these modes and patterns will be used together, whether there are other modes and patterns to be discovered for other types of social relations, and whether we also need to incorporate them to build more comprehensive historical materialist theories of state, class and, perhaps, nationalism. These questions, it seems, make it essential to consider and discuss in depth how to apply Marx’s practical method to different fields of social life, and how to use ‘modes of foreign relations’ and those prospective modes yet to be uncovered together with ‘modes of production relations’. These questions aim to identify only some of several points Van der Pijl’s book raises for those who take Marx’s method as their main reference for fundamentally grasping relations between nations/societies.

Van der Pijl’s work is arguably a rare and brave innovation in Marxist thinking. Although he claims that his main aim with the book is “to broaden the domain covered by the discipline of IR to relations between communities occupying separate spaces and dealing with each other as outsiders” (p. vi.), his is a progressive attempt withinthe Marxist tradition. Using Marx and Engel’s own writings on foreign relations, and adopting their method successfully, the book breaks new ground that has important implications for other major fields of Marxist theory. Its arguments challenge the established Marxist debates on inter alia state, class, uneven and combined development, nationalism. The key concept of the book, ethno-genesis, and the principles of occupation andprotection of space, and exchange between societies helps the reader to re-envisage how the socialisation of world societies into capitalist norms and ways of life has taken place in political, ideological, economical contexts collectively built by Western and domestic private social forces at the periphery; and how nationalisms formed within this process historically. Moreover, the ontological framework offered by Van der Pijl makes it possible for the reader to comprehend and reflect properly on intensifying transnational relations or transnational phenomena.

Finally, the book is very timely. In the current crisis of global capitalism critical efforts to understand the complexity of the crises and rivalries and to build another world for oppressed peoples has intensified enormously. We should expect therefore that important intellectual products will arise from the foreseeable discussion between Van der Pijl’s innovative alternative of ‘modes of foreign relations’ and mode of production-focused analysts. One serious potential outcome of such discussions would be extension of our understanding of the historical roots of alienated relations between world nations. This possibility alone makes the first volume ofNomads, Empires, States an extremely important work, and essential reading for critical students of radical social change, both Marxist and non-Marxist.

Callinicos, A. and Rosenberg, J. (2008) ‘Uneven and Combined Development: the Social-Relational Substratum of ‘the International’? An Exchange of Letters’, Cambridge Review of International Affairs, 21: 1, 77-112.

1 thought on “Modes of Foreign Relations vs Uneven and Combined Development: The Marxist Legacy and Relations between and within Alienated Societies”