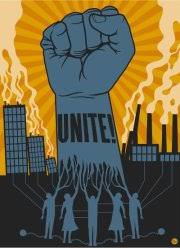 During the EU Spring Summit in March 2013

Following the call for action launched at Firenze 10+10 to mobilize for an European a day of action around the Spring European Council Summit; social organizations, social movements, trade unions and citizens gathered in Brussels the 15th of December.

We had a constructive meeting in Brussels, we welcomed the European Trade Union Confederation (ETUC) call for a Day of Action around the Spring European Council Summit the 13th or 14th of March, but since neither the format, the alliance building, the concrete date was clear, we had to postpone several concrete decisions.

However the following was decided:

·         The day of action will either consist of one (with both central and decentralized actions) or two days, one decentralized and one central in Brussels.

All are invited to think, write us proposals and/or be present at the next meeting to build up the European Day of Action.

Next meeting: Brussels, 26th of January (Place and time to be announced)

Issues to decide in next meeting (by now):

o    Type of Actions, including if we will call for a very specific kind of action with a specific message

o   Channel of communication with the ETUC