See on Scoop.it – Another World Now! 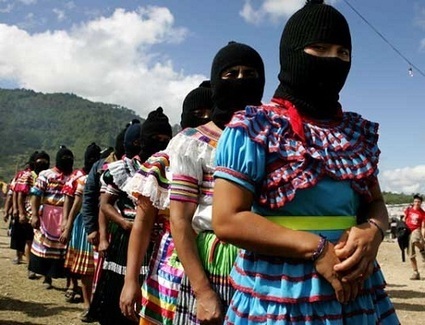 The autonomous movement that spearheaded the Brazilian protests took direct inspiration from the horizontal model of Mexico’s Zapatista communities.

“Abajo y a la izquierda está el corazón” — “the heart lies below and to the left”. This sentence by Subcomandante Marcos of the Zapatista Army of National Liberation (EZLN) in Mexico was used in an opening speech by the Free Fare Movement (MPL), which initiated protests across Brazil by forcing a drop in public transport fares. “Below” refers to the marginalized groups and minorities, which MPL calls “the bottom”, and “the left” refers to the anti-capitalist discourse. Formed by students of the University of São Paulo (USP) and by workers from the periphery, the movement defines itself as anti-capitalist, non-partisan, peaceful, autonomous and horizontal.