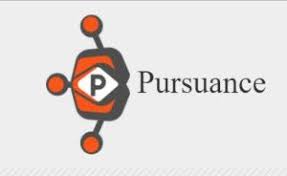 The pursuance system is the world’s first comprehensive framework for process democracy. That is, it allows individuals with no prior relationship to self-organize into robust, agile entities governed via a “proceduralism of agreement.” These entities, called pursuances, in turn engage and collaborate among themselves to whatever extent they choose, leading ultimately to a vast and formidable ecosystem of opposition to institutionalized injustice.

This system will be populated on an invitation basis, beginning towards the end of 2017. For consideration as a participant, and to receive further information as it becomes public, subscribe below.

Almost finished… We need to confirm your email address. To complete the subscription process, please click the link in the email we just sent you.

For the first time in history, any individual may now collaborate with any other individual. One may get a sense of the implications of this by considering how different human history would have been had early man possessed some psychic ability to find and communicate with anyone else across the world. We now have something very similar, and in some ways more powerful.

It’s easy to underestimate the significance of this in part because it’s also easy to overestimate it and, worse, to romanticize it. The advent of the internet was immediately followed by triumphalist manifestos setting out the great and positive changes that were now afoot. That much of what was predicted didn’t immediately come to pass has led some to challenge the entire premise of the internet as a potentially revolutionary force for good.

Certainly the utopian predictions of the early ‘90s were off the mark; indeed the clearest picture we have today contains seeds of actual dystopia. Meanwhile, the trivial uses to which the internet is commonly put can make it difficult to take seriously as a transcendental factor in our civilization. But then gunpowder was originally used to make fireworks. And a technology that may be used to oppress may also be used to liberate. Again, gunpowder comes to mind.

The way in which events have proceeded in our society since the advent of the internet tells us less about the internet than it does about our society. There are a few lessons we can glean, though. In the large, we know that mass connectivity does not automatically lead to mass enlightenment. We know that states will sometimes seek to use the internet to further their control over information, and that they will sometimes be successful in this. We know many things of this sort. But none of this tells us what the internet will ultimately mean for human civilization. That will be determined on the ground, in the years to follow.